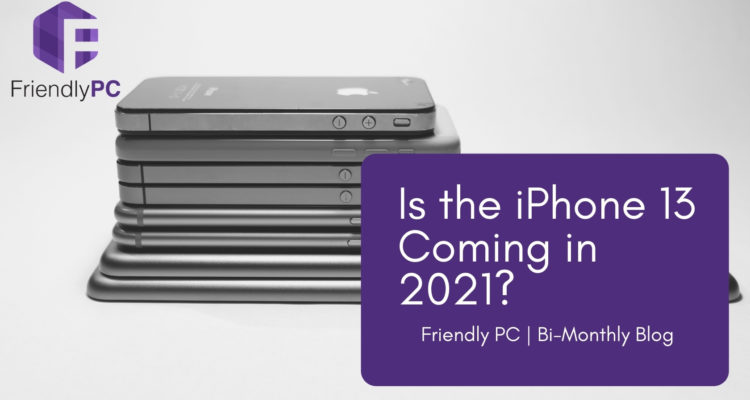 Did you know that the first iPhone came out in 2007? Since then there have been 29 different iPhones and over 2.2 billion iPhones sold throughout the years. Although it may seem like just yesterday that the iPhone 12 came out, there is already whispering about the iPhone 13. If you could design the perfect iPhone 13, what would it include? I often think what more could there be to add.

Apple has been on top of the technology game for years. From a wide variety of iPhones, iOS updates, MacBooks, and iPads, they always seem to find something new to impress us with. Let’s talk about a few things we may be able to have with the iPhone 13.

According to a website Mac Rumors, they believe that Apple will unveil four phones in 2021. They suspect that these phones will have improvements made in the camera, faster processing chips, and better touch ID. The 2021 iPhone 13 lineup will mirror the 2020 iPhone 12 lineup, and is expected to drop in the fall months of this year. As far as the aesthetic design features of the phone, there doesn’t seem to be many changes, most changes will likely happen with features inside the phone.

One cool feature that is a possibility for this newest iPhone is underwater photography. With the constant updates and upgrades to Apple’s cameras, it’s about time they made the phone waterproof so we could put these miraculous cameras to use underwater.

In preparation for this fall launch, we looked at an article by Apple Insider that says they are not even sure that Apple will call the newest iPhone the “iPhone 13”. They say it could bring on bad superstitions. There are many old folklore tales about where the superstition around the number 13 started, but one story that is often told is about a Norse party with 12 gods, and the 13th, Loki, was not invited, but came anyway and ordered for Hoor to shoot Blader. No matter what supersitions you believe, Apple Insider also said that if Apple does decide to change the name of the next iPhone, it may result in a great time for an entire business revamp. In short, we could see the next phone being named anything from iPhone 13, iPhone 12s, or something we have never heard of before!

It’s crazy that Steve Jobs and Steve Wozniak created Apple a short 35 years ago in 1976. When Apple started, they wanted to change the way people viewed computers. Now with the continued evolution of the smartphone, I don’t think it’s too early to say that they accomplished their mission, and then some!

What iPhone or Apple products do you currently use? Will you be upgrading to the latest and greatest iPhone that may drop later this year? Or are you an Android user? Let us know your thoughts below! We would love to hear opinions from various technology consumers like our readers.