The Coolest New Phones from MWC 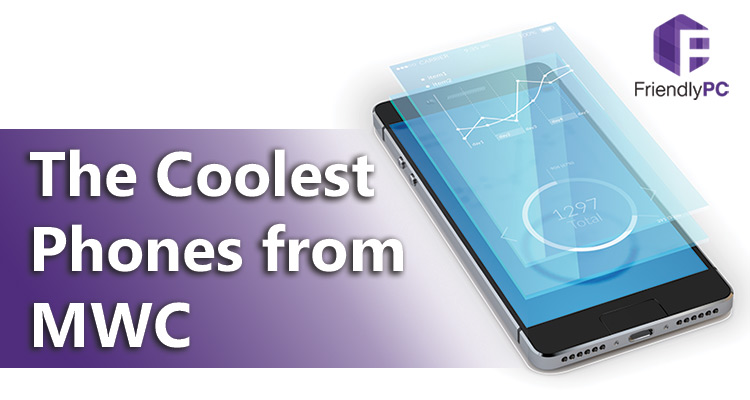 It’s raining phones in Barcelona! Every year, the mobile industry gets together in Barcelona, Spain to show off their new phones, and this is one of the most exciting crops of high-tech handheld devices we’ve seen in a while!

From the rebirth of a legend to the unveiling of a phone with breathtaking looks and performance, we loved every second of the #MWC17 action on Twitter. (And did we mention that you can now turn your coffee table into an Android device?)

To celebrate, we wanted to share a round-up of our favorite new phones that made a lot of noise at the event. Check them out!

You asked for it… we brought it back. The Nokia 3310 is reborn. #MWC17 pic.twitter.com/UZfHMHIZid

The news that’s dominated MWC headlines this week is the return of one of the most popular cell phones of all time, the Nokia 3310. Since it debuted in 2000, the original 3310 has been renowned for its battery life and durability. We don’t know much about the new version’s toughness yet, but Nokia promises 22 hours of talk time, and up to a month(!) of battery life in standby mode.

You won’t get much in the way of bells and whistles on this throwback device, but you will get a healthy dose of nostalgia. Not to mention freedom from the constant need to re-charge that we’re accustomed to.

BlackBerry's KEYone is an exciting return to form: https://t.co/nvQKv0GU9g pic.twitter.com/9SPRzAhvUH

BlackBerry is also reviving an old favorite in the cell phone world, but it’s not about nostalgia so much as simple preference. Since the iPhone rocked the industry with its excellent touchscreen interface in 2007, the writing was on the wall for devices with keypads. BlackBerry never successfully transitioned into the touchscreen market. Now, after several years in the wilderness, they’re making a serious return with the new KeyOne. Admittedly, it’s not for everyone. But, for business users and the security-conscious, the KeyOne looks like a home run.

With the word ‘premium’ in the title, you should know this is no ordinary phone. Sony’s new flagship device was unveiled this week at MWC. This beauty was awarded “Best New Smartphone,” and certainly lives up to its moniker. The feature list is incredible:

We think the appropriate word here is, “wow.”

That’s it for our favorite new phones from MWC! What do you think? Do you have a favorite device from the event that we should have included on our list? Let us know on Facebook and Twitter!