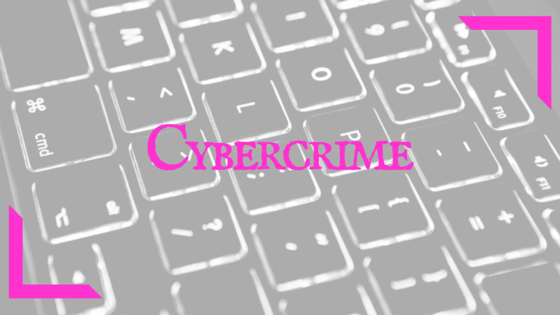 One… two… three… and just like that someone’s identity was stolen as a result of cybercrime. And this happens every three seconds. That’s some pretty scary stuff. Cybercrime is a bigger concern than ever before especially since more and more people are connecting to the interwebs on so many different devices than ever before. But, what exactly is it? Let us tell you.

To put it simply, cybercrime is a crime that has some sort of computer or cyber (internet) aspect to it. The computer or device could be the agent, the facilitator or the target of the cybercrime. To be more specific, cybercrime has been defined as such:

“Offences that are committed against individuals or groups of individuals with a criminal motive to intentionally harm the reputation of the victim or cause physical or mental harm, or loss, to the victim directly or indirectly, using modern telecommunication networks such as Internet (Chat rooms, emails, notice boards and groups) and mobile phones (SMS/MMS)”

There are many different ways a cybercrime can happen; theft of personal data, fraud, copyright infringement, cyberstalking and bullying. Since there are such a wide range of cybercrime attacks, they are commonly separated into two different kinds of crime: Type I and Type II cybercrime.

The most common types of cybercrime

Type I cybercrime generally refers to crimes that are fundamental breaches of personal or corporate privacy and often happen in a single event. These are specific crimes with specific victims while the criminal hides in the anonymity provided by the internet. The victim will typically unknowingly download a harmful virus to their computer which installs a keystroke logger onto his or her computer that allows the hacker access to their private banking information, email passwords and other private information.

Another way this happens is by “phishing”; a process whereby the victim receives an email from a hacker posing as a bank or other financial institution with a link leading to a hostile website. As soon as the victim clicks the link, the harmful virus is downloaded to their computer.

This cybercrime is generally categorized as theft or manipulation of data services via hacking or viruses, identity theft, and bank or e-commerce fraud.

Type II cybercrime is much more serious and usually consists of things such as cyberstalking and harassment, child predation ,extortion, and blackmail. These crimes are generally carried out over a series of events with intent to cause public disturbances or even death.  They can also target things like the stock market, corporate espionage, and cyberterrorism; terrorist groups that frequently use public forums to secretly exchange information, plan activities, or discuss money laundering locations.

For the most part, a really strong password can actually prevent a lot of cybercrime. Aside from that obvious pointer, here are some other prevention tips as provided by Norton:

The nature of cybercrime is ever changing. There’s hardly anyone in the world that hasn’t been  subject to one cybercrime or another. It’s as the saying goes: where there’s a will, there’s a way. We’re in the 21st century, people, if there’s something we’re not short of, it’s a way; there are computers, mobile devices and other gadgets everywhere. And while we are obvious advocates of all things tech, we also want you to be safe.

That’s why we provide you with virus and spyware removal; you can either bring it in or we can come to you, whatever is easiest. After all, we’re called “Friendly PC” for a reason.