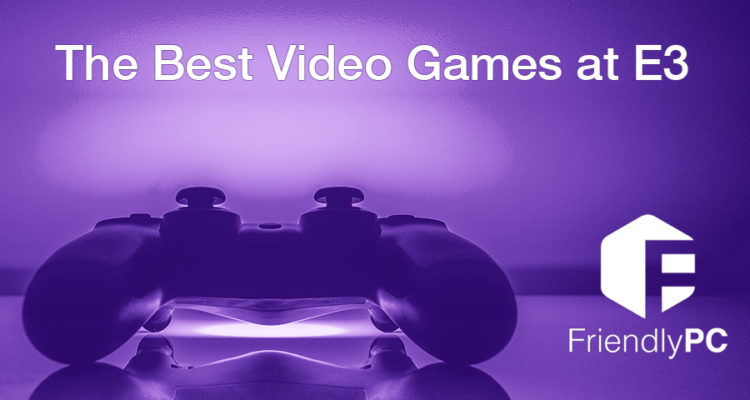 Every May, gamers the world over wait with anticipation to see how their video game worlds will change over the next few months. This year, nearly 70,000 video game fans attended the Electronic Entertainment Expo (E3) in Los Angeles to see what their favorite studios and consoles were bringing to the party. As you’ll see, the 2018 edition of the convention was heavy on existing series, but that doesn’t diminish our excitement.

Here are the upcoming games we’re most excited to get our hands on:

The new Mario Party game won’t come anywhere near a PC release, but we don’t care. This series has spawned a lot of fun and innovative games over the years. But, with Nintendo’s Switch console, the party is going mobile. We fully expect to see groups of friends huddle—with occasional outbursts—over tabletops in coffee shops and restaurants for years. In all honesty, we might be among them from time to time. Not convinced? Check out the trailer —it’s pretty exciting.

Anthem is the only non-sequel game on our list (as in Hollywood, franchises rule today’s gaming world), but we are genuinely excited for it. An online multiplayer FPS RPG, this game looks like a strong competitor for the space Bungie’s Destiny franchise has dominated for a while. Early reports indicate the gameplay is as good or better than Destiny’s, which is highly regarded. And, as a product of Bioware, we can be sure the story will be strong, an aspect Bungie has struggled to master. Anthem looks like a worthy addition to Bioware’s slew of successful—and sometimes legendary—games.

A Forza announcement at E3 is nothing new: a new game in the series has made an appearance at the event every year since 2011. This edition looks gorgeous, of course, and will be playable at 4k and 60fps for those with powerful enough equipment. Xbox One X players will enjoy Forza with a ‘locked’ 60fps experience, unlike other games that promise the high frame rate but only occasionally deliver.

The third installment in 4A’s Metro franchise, based on a series of stories by the same name, is ambitious. By all accounts, the game is a visual feast, generating long-distance views with incredible detail and subtle lighting. Players of this game will really benefit from high-power graphics cards and 4k displays. 4A drew inspiration from Half-Life 2, regarded as one of the best video games ever made, and hope to produce a game of similar quality. Lofty goals indeed; we’ll see how close they come in February 2019.

If there’s one word to describe the Just Cause series, it’s “fun.” If there are two, they are “absurdly fun.” The Just Cause series maintains a loose relationship with the concept of physics, much to the delight (and occasional dismay) of gamers the world over. It’s been 4 years since we last set Rico loose on a new explosion-happy environment, and we can’t wait to get our hands on the seriously upgraded (and already legendary) grappling hook.

Master Chief and Cortana are back in the saddle; need we say more?

That’s it for our favorites among the games highlighted at E3. Would you add any others? Let us know on Facebook!