Microsoft is Bringing Back Windows PowerToys 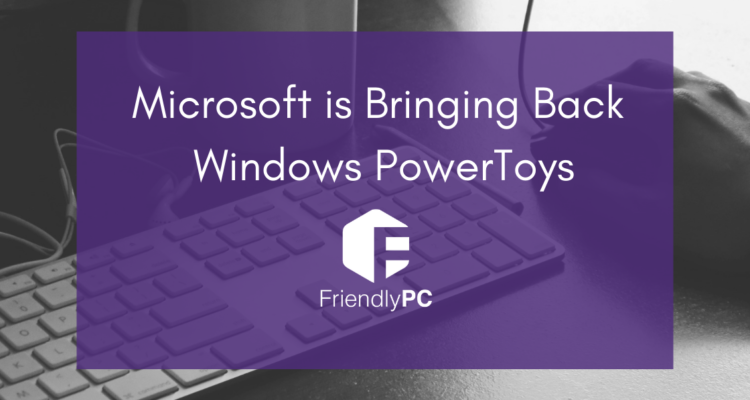 Windows PowerToys was first introduced in Windows 95. It was a way for developers and engineers to test prototype features in the operating system. Some of the more popular utilities were Tweak UI used to customize the user interface, Quick Res to change screen resolution at the touch of a button, and Send To X which sent files to the command line, clipboard or desktop.

PowerToys disappeared with the launch of Windows XP. At the time Microsoft had been working to secure all its products and do away with those that created vulnerabilities.

Microsoft announced a revival of Windows PowerToys for Windows 10 as an open-source project . Developers will be able to download the new version source code freely then modify and redistribute it with their customizations. Microsoft’s GitHub states the first preview will be released in Summer 2019.

This widget will appear when a user hovers over the maximize/restore button in any window. Clicking it will send the app to a newly created desktop and maximize it there.

Holding down the Windows Key for more than one second will launch a pop-up showing the shortcut guide. The list that appears is contextual so you’ll only be able to view and use shortcuts that work for the current desktop you’re working in.

Generally, the common user may only know one or two Windows Key shortcuts. Did you know that pressing Windows+E opens a window for the File Explorer, or that pressing Windows plus a number key opens the corresponding application icon on your taskbar? You Likely didn’t. Not to worry, the PowerToys ShortCut Guide will help you find and productively use the keyboard shortcuts.

Here are the Windows keyboard shortcuts we think you should work into your daily routine.

Microsoft has listed 10 additional utilities that may be included in the revived PowerToys package.

Microsoft is also asking for power users to create issues in GitHub and +1s to suggest new ideas and help creators guide the project and ensure the communities most wanted features are included.

Since the project accepts contributions, you’ll need to agree to a Contributor License Agreement (CLA). The CLA declares that you have the official rights to grant Microsoft use of your contribution. If you have not updated to Windows 10, now’s the time. Give Friendly PC a call to help with your upgrade and make sure things go smoothly.