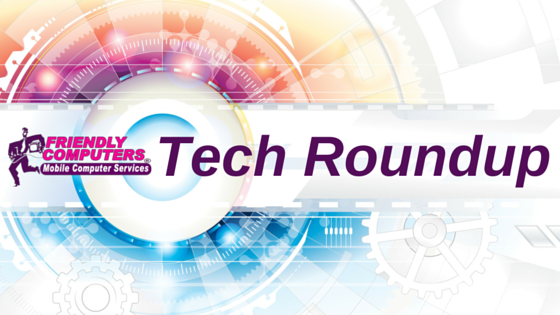 Did you get our latest newsletter? If not, you should definitely sign up! In it, we briefly mentioned some of the latest things going on in the world of technology. And because we love you (even if you’ve yet to sign up for our email newsletter), we thought we’d dive in a little deeper on some of said tech happenings. You’re welcome.

Google Chrome is about to get a whole lot faster.

Fast browsing speeds; does it really get any better than that? We don’t think so, and apparently neither does Google as they recently announced they’d be rolling out an update that will make your Chrome browsing speeds much faster. Yay! The new algorithm, Brotli, named after a Swiss baked good, will be released with Chrome’s next update, likely. “Because fast is better than slow.” We couldn’t agree more.

If you live in the U.S., this doesn’t affect you. However, if you live in Korea, continental Europe, Australia, New Zealand, Argentina, or Brazil it does. Apple is reportedly recalling millions of power adapters because they could cause an electric shock. While the instance of shock is very rare, Apple is still doing its part to make it right. If you bought an adapter between 2003 and 2015, you can exchange the adapter or get a refund if you bought a new one because of the issue.

The Challenger celebrated its 30th anniversary.

Most Americans can remember where they were for NASA’s first in-flight tragedy. Can you? On January 28th, 1986, the Challenger launched from Kennedy Space Center in Florida. Not long after liftoff, there was an explosion, the shuttle broke apart and fell approximately 46,000 feet to the ground, tragically killing all 7 crew members. The entire thing unfolded on live TV. It also grounded the space shuttle program for about three years. Since then, NASA has had multiple successful space missions with the Challenger leaving a legacy to focus on outreach and education.

You can now run Windows 95 in your browser.

So much nostalgia with this one. You can now successfully run the 20 year old OS through any web browser thanks to programmer, Andrea Faulds. Because the browser based version of Windows 95 isn’t running natively, be prepared to wait and to experience some crashes. But, if you fancy a blast from the past, this old school Solitaire may just do the trick.

When will Android users get Marshmallow?

We mentioned this update in a previous blog post, and it’s here… kind of. If you own a Nexus device, you can easily get the update straight from Google. However, if you don’t, well, you may be in for a wait. The wait may be especially long if you got your phone straight from a carrier because after the software is prepared, it has to be run through whomever you have service with to incorporate carrier-specific features. After some collaboration, the carrier will approve the update then hand it off to you. For unlocked phones, the process is a little quicker since new operating systems are tested on unlocked phones.

Here’s the latest on when you may get Marshmallow.