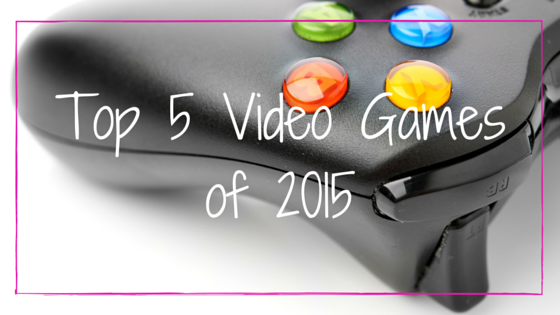 Newly released, Assassin’s Creed: Syndicate is set in 1868 London where twins, Evie and Jacob, try to win their city back. In this latest version, you get everything you love about Assassin’s Creed and more; you’ll be able to steal, drive on fight on top of carriages. You’ll also be equipped with a grappling hook that will allow you to climb buildings or opt for air assassinations. Another upgrade is that your combat is more up close and personal. All of these changes makes Syndicate the complete gaming package. You can play this game on PlayStation 4 and Xbox One.

This first-person shooter game emphasizes heist, crime and policing efforts instead of military warfare. As such, the main factions in Hardline are the police special response units and criminals; but you can still get your hands on military grade vehicles and weapons on top of having police gear like tasers and handcuffs. This game is praised for its stealth element, detailed single-player campaign elements, action packed sequences and the Heist mode, which requires players to use teamwork. This game is available on Microsoft Windows, PlayStation 3, PlayStation 4, Xbox 360 and Xbox One.

This is the final game in the Arkham series… and you can drive the Batmobile! This game is presented a third-person setting, focusing on Batman’s combat, stealth and detective skills. You’ll also get to enjoy a larger arsenal of Batman gadgets and combat attacks; the player can also complete side missions away from main plot. Batman: Arkham Knight is available on PlayStation 4 and Xbox One video game consoles, and Microsoft Windows.

If you’re into exploration and adventure, this is your game. Fair warning, this game is designed to be difficult so expect a challenge. In this game, you are a tiny warrior exploring a remote island with one goal: survival. While the game is mostly single-player, there is a multi-player mode. It’s praised for its creative take on rogue-like gameplay. You can play Below on XBox One and Microsoft Windows.

This game is set in a dark, gothic world filled with slow-moving villagers and ginormous werewolves. Bloodborne is praised for its ferocious and fast combat and new gameplay elements like randomly generated dungeons. In this game you’ll enjoy the same distinctive sense of challenge and despair while enjoying a changeup from the familiar formula. You can enjoy this game on PlayStation 4.

As the name implies, this is the fifth installment of the Halo game series. A first-person shooter video game, the players will experience most gameplay through the eyes of a playable character, switching it up to third-person view for some cinematic effects. Halo 5 preserves many of the core features of the Halo franchise’s gameplay experience while providing the player with an excellent visual experience as well. Set in time 8 months after Halo 4, the game follows human fireteams Blue Team and Osiris. You can enjoy hours of Halo 5: Guardians on your XBox One.

You’re all set! Now that you have all the info you need on which gaming console is for you and which games you should definitely be checking out, you’re ready to post up and let the gaming begin! If you have any questions along your journey, don’t hesitate to give Friendly PC a call!