Time Crystals Made by a Quantum Computer? Inside Google’s Latest Discovery

Home Time Crystals Made by a Quantum Computer? Inside Google’s Latest Discovery 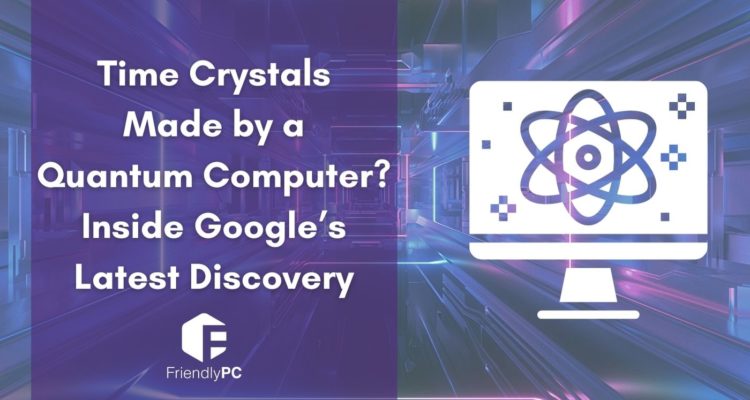 Time crystals are a bit unknown. They remain ever changing but at the same time dynamically stable. They are constantly moving, but not burning any energy. This goes against some of the natural “laws” of thermodynamics that all things eventually turn towards entropy. Time crystals are the first objects to break time translation symmetry. For the longest time, physicists and others alike were in disbelief that time crystals could actually exist, until now. Quanta Magazine reports that a team at Stanford and Princeton University are working with Google’s quantum computers, and have come to this recent discovery that represents a new phase of matter.

The Next Web goes on to state that we have finally made a tangible reality of something they could only conceptualize about a decade ago. Khemani, Moessner, Shivaji Sondhi of Princeton and Achilleas Lazarides of Loughborough University in the United Kingdom discovered the possibility of the phase and described its key properties in 2015. A different group of physicists led by Chetan Nayak of Microsoft Station Q and the University of California, Santa Barbara identified it as a time crystal soon after. There have been many attempts to prove a tangible time crystal over the years but none have yet to pass the scrutiny, including the latest attempt in the beginning of July.

“There are good reasons to think that none of those experiments completely succeeded, and a quantum computer like [Google’s] would be particularly well placed to do much better than those earlier experiments,” said John Chalker, a condensed matter physicist at the University of Oxford.

This isn’t the first time Google’s quantum team has been in the news making headlines. In 2019 they performed the first ever computation at a speed that a normal computer could not do in a practical amount of time.

“This is just this completely new and exciting space that we’re working in now,” said Vedika Khemani, a condensed matter physicist now at Stanford who co-discovered the novel phase while she was a graduate student and co-authored the new paper with the Google team.

Next up for this study is to see if it can hold up to further expert research as well as finding a way to use these time crystals in a practical way. If it can pass through all of these steps, we may find ourselves in a world where quantum computers become one of the most powerful things we have seen.

We suspect that there will be many furthering discussions about the time crystals. Especially time crystals made with Google’s quantum computer. “The focus moved from studying what nature gives us,” Chalker said, “to dreaming up exotic forms of matter that quantum mechanics allows.” This discovery is just the beginning of many, and it is exciting to see where it could take us.

Although we may not be discovering time crystals or using quantum computers, we think we can offer excellent tech support for your business, as well as share the newest technological discoveries. If you would like to learn more about our services please visit our website and reach out to us. I look forward to speaking with you!