Video Gaming Consoles: Which one Should you Choose?

Home Video Gaming Consoles: Which one Should you Choose? 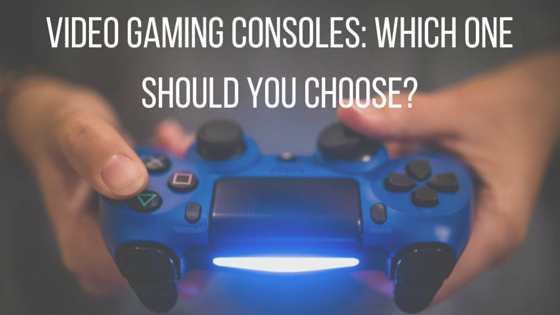 Video Game Consoles – Which one Should you Choose?

Gaming; it’s all the rage these days! Well, for most people anyways. If you haven’t jumped on the gaming bandwagon or if you’re looking to switch up your gaming lifestyle and not sure which gaming console to use, let Friendly PC help you out!

Before we get into specific gaming consoles, know that there are different types of consoles you can use; home consoles and handheld consoles. Pretty self explanatory, but home consoles are dedicated consoles that are connected in your house and handheld are, as the name implies, handheld and offer the convenience of being portable. Now that we’ve stated the obvious, lets dig into which gaming console you should choose!

The Most Popular Gaming Consoles of 2015

While there are a plethora of different gaming consoles out there, this should get you started in the right direction. Obviously, you know what you like and have your own preferences so make sure you do your due diligence in your search before you commit to any one console. Afterall, you are going to be making both a time and a financial investment. If you have any questions, as always, call a friend not a geek 🙂